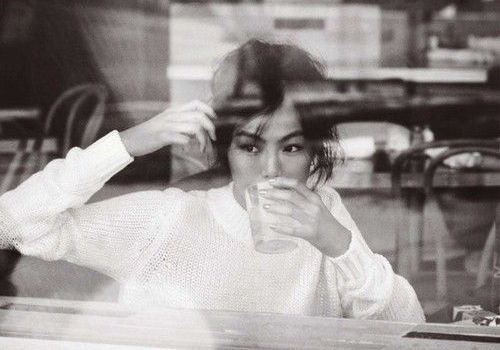 Yes you read the title right. November 2013. Congrats to all of my subscribers, you got notified for this super late blog post! lol. I wrote this 2 years ago and I forgot to publish it. I’m such a bad blogger I know, haha.. I think this post is still a little bit undone, so I’ll be touching up here and there in the near future. I just can’t handle to keep it for myself any longer. Enjoy!

Two weeks ago my mom and I went to Singapore. I went for 5 days: 3 days for a seminar (which is something I won’t be discussing about right now -even if you ask for it) and 2 days for figuring out the city.

Hotel
We stayed at Marrison Hotel in Bugis area. Its location was very near MRT station so we took the public train from Changi Airport to Bugis MRT station. Going with taxi would cost us a lot of money, while using public train only cost about SGD$2.40 for each person. After we arrived, we should had take the escalator on the right side of C exit. Instead of doing that, we went through C exit on the left. Aaaand then “BAMM!”, it took us inside the mall, Bugis Junction, and we had no idea where we were. We walked here and there, but eventually we realized that the hotel was very near…… if only we exited through C exit on the right. lols.

The hotel’s staff was nice and the room was clean and quite decent. Relatively a new building in the area and has modern furnishings. There’s a 7eleven attached exactly next to the hotel so we could buy some snacks in the middle of the night. The only problem was the room size was incredibly minimalist, and I mean reallly small. I never thought that people can actually design a hotel room that small. If my mom and I open out our suitcase (which was only a total of 2 medium-sized suitcase), we could hardly walk to one side of the room to another. We literally could not walk. My mom was really surprised at first, like, “whaaat?”. But fortunately, we rent a room with windows, so it was pretty nice actually. I really liked the view. There were not so many people on the street, and it was quite quiet for such a busy area. Well, two thumbs up for its location. Bravo! Just, don’t expect spacey room for this hotel, okay?

Singlish
I already prepared my mind to deal with the-so-called-singlish. But I never thought that it would be that difficult to understand what they are saying. Countless time I repeated, “pardon me?” and I felt like a lost child. Something was wrong with me, I don’t know.

Transportation
Five days in Singapore and there are some specific places I should go to frequently by using public train. So, I bought ez-link card (it’s like Flazz BCA card in Indonesia). After I top-up the ez-link card, it could be used as a ‘ticket’ for using public train so I didn’t need to queued every time I needed to go by public train. Just tap the card at the machine, and I’m ready to go anywhere I want. If you want to use this method, be sure you have enough money valued in your ez-link card because the machine will automatically debit the value after you tap the card again at the exit machine.

Food
I read on the internet that McDonalds, KFC, and Burger King is halal in Singapore. But I read another source about it which says that not all of them is halal, only the ones that put halal sign that is actually halal. So, I was not sure dining in those restaurant. We finally bought our self foods in some eatery that showed halal signs. I think there are plenty of halal foods in Singapore, but I was running out of days to figure things out :P Just please check this blog. So, these are the halal foods I found in Bugis:
1. Pezzo Pizza
Located inside Bugis Junction. This is delicious!
You can find them in many places in Singapore, check it here.
2. Old Chang Kee
3. Ritz Apple Strudel & Pastry
4. Naj Restaurant India Cuisine

Luckily, not like many other Indonesian, I don’t feel like I need to eat rice all the time. I mean, you know, in Indonesia, people thinks that human MUST eat rice for breakfast, lunch AND dinner. Otherwise, it may not called eating. For me, french fries for lunch is okay, sandwich for breakfast is lovely, pizza for dinner is awesome. Rice is delicious, especially with Indonesian traditional foods, but eating rice isn’t that necessary for my stomach. Well a few of my friends find it odd, but I never actually mind at all. As long as there are enough carbs and protein, balanced with vegetables or fruits, anything goes.

There’s one thing about foods that bothers me. I’m a moslem, and like every other moslem I only consume halal foods (and drinks). When I went to Hong Kong, Macau, China, and Singapore, I always avoid non-halal foods. I really take precaution for what I ate and what I drank. I always searched for halal signs on the packaging. For snacks that don’t have halal sign, I even check the ingredients one by one whether it’s halal or not (credits goes to halal food android application :P). One thing that’s kinda ironic is that when I was overseas I only ate halal-certified food, BUT when I’m in Jakarta I don’t really pay attention for what I eat or drink. I mean, I don’t eat porks, I don’t drink alcohols, and I never intend to consume any of that. But, as long as I know that I’m not purposely eating pork nor drink alcohols, I don’t mind eating it. IT’S WRONG. I was so wrong. Because I realized that non-halal foods aren’t just about porks and alcohols drinks. But also any other animals that slaughtered by the name of other than Allah swt. And also foods and drinks that contains lard/swine emulsifiers.

We know that there are plenty of halal foods in Indonesia. Relatively easy to find than in any other countries in the WORLD. But why don’t we consume them more often? I mean, especially in urban area like Jakarta or Bandung, we sometimes got hooked by the idea of asia cuisine, modern high-quality breads, well-furnished restaurant, award-wining eatery, korean ice cream, but we don’t know a thing whether it’s halal or not. Sad.

Yesterday is a History, Tomorrow is a Mystery

INFJs see two people in everyone. They see the public persona, the outer shell, which everyone else sees. But more important, their Ni provides a deeper sense or impression of people, penetrating appearances and revealing hidden motives and intentions. Consequently, INFJs often feel they can see people more clearly than those people can see themselves.